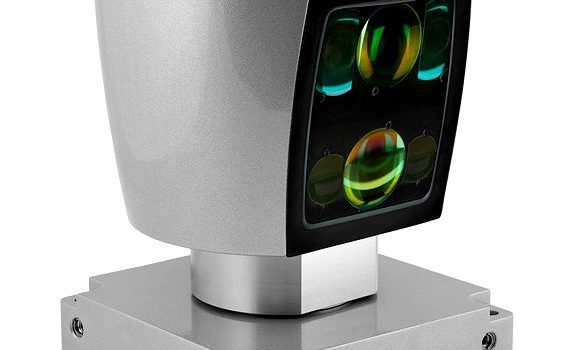 Intense industry efforts to develop autonomous vehicles have now spawned a number of new ventures in LiDAR, and a quick Internet search will throw up at least nine or ten company names, most of them startups.

Why the intense interest? Scanning LiDAR systems scan the surrounding environment of the vehicle, across a certain angular segment, and produce a high-resolution 3D map of the surroundings. They supply the equivalent of a human driver’s eyes. The LiDAR sensors do this by measuring “time-of-flight” or ToF. A very short laser pulse is transmitted, hits an object and is then reflected back and detected by the LiDAR sensor. The time-of-flight of the laser beam then enables calculation of the distance to the object.

Even if autonomous vehicles never take off (so to speak), LiDAR would still have a major role to play in the evolving field of ADAS. There are also numerous applications in Geographic Information Systems (GIS), notably aerial mapping and surveying, where it is likely to speed-up the mapping process and reduce costs. There are also applications in security and surveillance, and potentially many other fields, including robotics and industrial automation.

The new LiDAR specialists emphasize that the solid-state units they produce are highly reliable since they have no moving parts. Most importantly, for the nascent autonomous vehicles market, they are cost-effective. They are also compact and so suitable for use in cars as well as larger vehicles. Two or four, or possibly more units could be unobtrusively positioned on a vehicle to allow a 360° field of view.

An exception to amplitude modulation

Most of these new LiDAR specialists are using amplitude modulation of the pulsed laser. One exception is the Israel-based Oryx Vision, which has developed a frequency-modulated form of LiDAR technology that utilises multiple antennas. In a “gee-whiz” kind of style, the Oryx website claims the company is offering, “The world’s first coherent flash automotive LiDAR, based on groundbreaking light-sensing antennas.”

Thousands of microscopic antennas are integrated into the sensor, and apparently the result is not wavelength-dependent, unlike a standard photodetector: “Oryx’s singular innovation is a microscopic antenna that can receive light’s tiny and ultra-fast waves. Unlike photodetectors, our antennas are not wavelength-restricted, enabling a low-cost coherent LiDAR; we assemble tens of thousands of them into one sensor, creating a solid-state flash system.”

Interestingly, Oryx’s technology can determine not only distance, but also velocity: “A coherent, frequency-modulated LiDAR, it has a million times better signal-to-noise ratio than scanning systems, is not blinded by the sun or other LiDARs, and produces both range and velocity data for each point in its field of view.”

And the antennas are made cost-effectively, from silicon: “…we make them from silicon, unlocking mass market economics.”

High-tech isn’t usually what comes to mind when the US state of Montana is mentioned, but “Big Sky Country” is now home to Blackmore Sensors & Analytics Inc., like Oryx Vision a specialist in frequency-modulated LiDAR imaging.

“Most LiDAR systems in operation today use amplitude modulation; pulsed lasers. Blackmore takes a different approach, using a frequency-modulated continuous-wave (FMCW) laser at a constant, eye-safe power level. Blackmore is currently implementing its LiDAR engine in a solid-state version that can be scaled to meet demand in both automotive and surveillance applications.”

And also like Oryx Vision, Blackmore’s FMCW also enables the calculation of velocity, in this case via the capture of Doppler data, and, says Blackmore, “This revolutionary approach has critical advantages over amplitude-modulated LIDAR.” These critical advantages include, “Simultaneous measurement of range and velocity. Whenever a Blackmore LIDAR makes a range measurement, it also measures the relative velocity between the sensor and the target. This unique capability adds a powerful new dimension to LiDAR data analytics.”

The advantages of this approach for automotive applications are clear, but Blackmore is targeting a range of markets: “Blackmore’s technology is ideal for a variety of intense, mission-critical, automotive, military and industrial environments, where traditional EO/IR sensors and direct-detect 3D imagers are limited by cost and performance specifications.”

In the 1960s classic coming-of-age movie The Graduate, our hero, the 21-year-old Benjamin Braddock, is advised that the key to his future success lies in “plastics.” These days, the word might well be LiDAR.