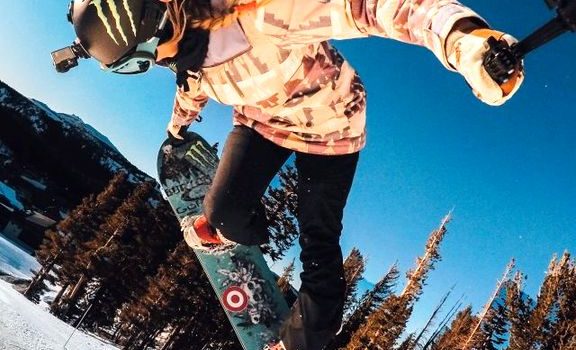 Rather than having the heft of a traditional camcorder, action cams are compact, lightweight and rugged, and designed to capture ‘extreme’ sports video from the user’s Point of View – hence they are often known as POV cameras. They are the brainchild of Nick Woodman, who, on a surfing trip to Australia, was frustrated to find there were no cameras capable of capturing the surfing experience in a way that was direct, close and immediate. Frustration bred innovation, and in 2002 Woodman founded his own camera company, which would go on to become GoPro, Inc., well known for its ‘Hero’ line of action cams.

GoPro kick-started market growth of the kind that is often called “hockey stick”. According to statistics portal Statista, sales of action cams in 2010 totalled 200,000 units, but by 2015, this figure had climbed to 8.5 million. Statista is projecting sales of nearly 11 million action cams in 2016.

Market analysis from Research and Markets projects that the global action-camera market will grow at a CAGR of 22.2% over the period 2014-2019. The report notes that action-cam videos are often posted to social media such as Facebook, Twitter, and Instagram, reinforcing demand for this type of camera.

According to Global Market Insights, the global action-camera market is anticipated to grow at a CAGR of over 22% from 2016 to 2023, with more than 7 million units shipped, worldwide, as of 2015. Global Market Insights estimates that GoPro accounted for over 45% of the overall industry in 2015, while other key participants with significant market share include Drift Innovation, Contour, Garmin, iON Worldwide, JVC Kenwood, Rollei, PLR IP (Polaroid), Sony, TomTom, Veho and China’s Xiaomi.

Some analysts have suspected that the surging market for consumer drones could undercut the consumer action-cam market, hitting GoPro, the acknowledged market leader, particularly hard. But it seems that GoPro is determined to head drones off at the pass. GoPro announced back in May 2015 that it is developing its own drone line, ‘Karma’, which would be available for sale in 2016.

Meanwhile, GoPro is also trying to morph into a media content organization, distributing GoPro-generated action videos through outlets such as YouTube. In January 2016, GoPro announced that, “Periscope users can now broadcast live directly from their GoPro HERO4 Black or Silver camera.” This innovative integration allows the more than 10 million users of Periscope to toggle between broadcasting from their iPhone’s camera and their GoPro, directly from the phone screen, with the simple touch of a button.

That’s not to say GoPro isn’t continuing to innovate on the hardware front. In June 2015, GoPro announced a spherical camera – presumably targeting the drones and VR/AR markets in particular – that will enable users to shoot “spherical panoramas”. The unit is in the form of an hexagonal cube that allows six GoPro Hero cameras to shoot simultaneously.

iON – an action cam for everyone

The second-place leader is thought to be the New Jersey-based iON Worldwide, which introduced its first action camera, the Air Pro, in Japan in March 2012, and in the US later the same year. In less than two years, iON Worldwide captured a 12% market share, with cams targeting specific markets. It has an action camera designed for auto enthusiasts, and one for hunters and fishermen. Another camera is designed to analyze the performance of golfers, baseball and tennis players. It has entered the growing smart home market with a camera system called iON the Home.

Meanwhile, a highly anticipated market entrant is Nikon, which will introduce its KeyMission 360 – a wearable action camera capable of recording true 360° video in 4K UHD (ultra-high definition) – in an October 2016  timeframe. The KeyMission 360 features an image sensor and lens combination on the two opposite sides of the camera, and images from each are combined in-camera to create a single realistic, high-definition, 360° image.