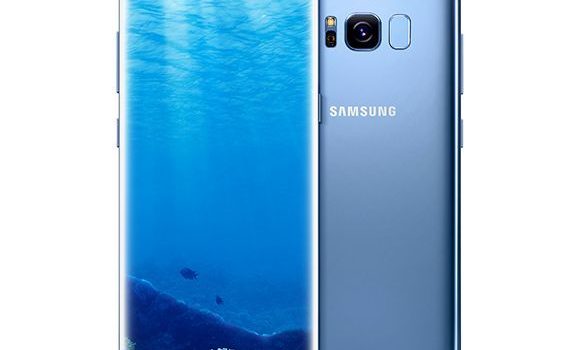 OLED (organic light-emitting diode) technology has always generated a strange state of schizophrenia in the flat-panel display (FPD) industry. While OLED displays are emissive and require no backlighting, making their brilliant graphical output the holy grail of FPD makers, technical difficulties and high costs have dogged the industry’s strenuous attempts to bring OLED TVs to a mass market.

The product category where OLED displays are having much better luck is smartphones, where Samsung is recognized as the leader, with Chinese makers, such as Huawei, Xiaomi, Meizu, Oppo, and Vivo, now doing some fast following. Comments DSCC (Display Supply Chain Consultants), “OLEDs are potentially a dream come true to the smartphone industry, enabling manufacturers to raise prices by improving display performance, increasing display sizes and enabling innovative form factors…”

DSCC foresees a robust market for AMOLEDs (active-matrix OLEDs), and expects AMOLED demand to grow from almost 400 million panels in 2016 to almost 1.2 billion in 2021.

According to Olednet,  a specialized online information outlet of the South Korea-based UBI Research, the OLED component and material market for mobile phones is expected to grow to US$38.2 billion in 2021, compared to US$8.72 billion in 2017.

UBI estimates that Korean OLED component and material production for mobile handsets will have a 94.9% market share, for a market worth of US$8.27 billion, in 2017. Chinese producers, however, are forecast to increase their market share to 22.3% in 2021, while Korea’s share will fall to 72.2% within the same timeframe.

In the DSCC Quarterly OLED Supply/Demand report of April, 2017, CEO Ross Young comments that, “OLEDs are growing rapidly as the entire smartphone market is expected to convert to OLEDs over the next 6-8 years. OLEDs offer improved display performance (contrast, motion performance, viewing angles) and their ability to be made flexible will enable larger displays in existing form factors through foldable and rollable implementations.”

Young adds that now Samsung Display has demonstrated that OLED-display smartphones can generate higher margins that their LCD counterparts, “… most of the display industry is now racing to build mobile OLED capacity.”

Says Young, this will give a significant boost to OLED capital spending: “Because OLED fabs are significantly more capital intensive than LCD fabs, this will translate into record spending on display manufacturing equipment in 2017 and elevated spending for years…”

Tantalizingly, Young also hints that the inkjet printing of soluble OLED materials is a dream that could yet see success, with particular significance for the OLED TV market. “We also expect to see spending on OLED TV capacity increase significantly from 2020 on 10.5G fabs as ink jet printing and soluble materials mature.”

The future is flexible

While the benefits of flexible displays are seldom enunciated – gimmick alert! – everybody seems to think they are a good idea. And a prophesied era of flexible and plastic OLED displays has several analyst houses singing from pretty much the same hymn sheet. Market research firm IDTechEX, for example, forecasts that flexible and plastic displays will increasingly find their way into mobile phones and wearables such as smartwatches. IDTechEx expects plastic and flexible displays to grow rapidly from a US$2 billion market in 2017 to US$18 billion by 2020. – Will consumer demand for bendable phones really drive such a remarkable rate of growth?

Market research house IHS Markit, meanwhile, notes that demand for flexible OLED displays is increasing sharply and expects revenues for flexible OLEDs to surpass those of rigid OLEDs for the first time, in Q3 2017. “As demand for the flexible AMOLED display continues to sharply increase, its revenues are expected to reach US$3.2 billion in the third quarter of 2017, exceeding that of rigid AMOLED panels at US$3.0 billion.”