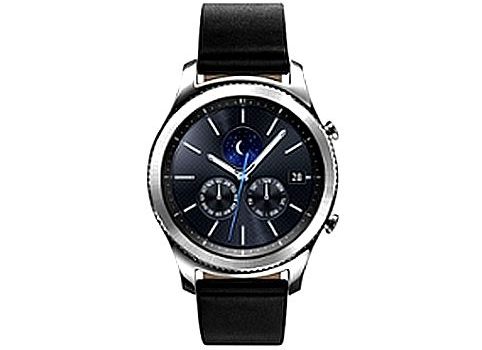 The scepticism felt by many in the industry is neatly encapsulated by George Jijiashvili, wearables analyst at market research firm CCS Insight, who comments, “The initial hype around full-touch smartwatches has subsided. Despite concerted efforts by numerous consumer electronics makers to break into the category, this type of smartwatch still feels like a compromise, a solution looking for a problem.”

Nevertheless, according to market research firm Strategy Analytics, global smartwatch shipments reached 8.1 million units in Q4 2015, overtaking Swiss-watch shipments at 7.9 million, a drop of  5% from the 8.3 million Swiss watches shipped in Q4 2014. Significantly, this was the first time that smartwatches had outshipped Swiss watches on a global basis.

Added Raskind, “Apple Watch captured an impressive 63% share of the global smartwatch market in Q4 2015, followed by Samsung with 16%. Apple and Samsung together account for a commanding 8 in 10 of all smartwatches shipped worldwide.”

According to market research by IDC, watch and wristband shipments would reach a combined total of 100 million shipments in 2016, up from 72.2 million in 2015. Other form factors, such as clothing, eyewear, and hearables, were expected to reach 9.8 million units in 2016 and will more than double their share by 2020. Said IDC, “This will open the door for new experiences, use cases, and applications going forward. Still, the primary focus of the wearables market will be on smartwatches.”

Analysts estimate that about 12 million Apple Watches were sold in year one, according to MarketWatch, bearing in mind that Apple doesn’t disclose sales. “At an estimated average price of US$500, that was a US$6 billion business – three times the annual revenue of activity tracker Fitbit Inc.”

A recent “Media alert” from market research firm Canalys stated that Apple shipped 2.8 million Apple Watches in Q3 2016, with the overall smartwatch market seeing healthy growth of 60%, year-on-year, on sales of 6.1 million watches. The Canalys alert sees the release of the new Apple Watch Series 1 and 2, late in the quarter, as a driver of the robust shipment figure, with the Apple Watch now gaining a GPS capability and a greater focus on fitness monitoring. Notes Canalys analyst Daniel Matte, “The inclusion of GPS by Apple and many other vendors now poses a big threat to traditional GPS watches and fitness trackers.”

The upbeat assessment from Canalys is, it should be noted, in marked contrast to the third-quarter gloom-and-doom from IDC, which estimates that, “…total smartwatch volumes reached 2.7 million units shipped in 3Q16, a decrease of 51.6% from the 5.6 million units shipped in 3Q15.” In the case of Apple, states IDC, “Its first-generation Watches accounted for the majority of volumes during the quarter, leading to the significant downturn for the quarter. Its Series One and Series Two did little to stem that decline, although with lower price points and improved experiences, Apple could be heading for a sequential rebound in 4Q16.”

A notable competitor with Apple, in smartwatch design, is the Android Wear platform from Google. Google offers a free Android Wear software development kit (SDK), with the aim of building a developer community focused on the creation of apps with Android Wear features. These features include maps, navigation, Google Now content, search, messaging, smartphone notifications, and health and fitness monitoring.

We can add that Google already knows, from the long-term evolution of the smartphone, that an open developer eco-system is a formidable driver of innovation.