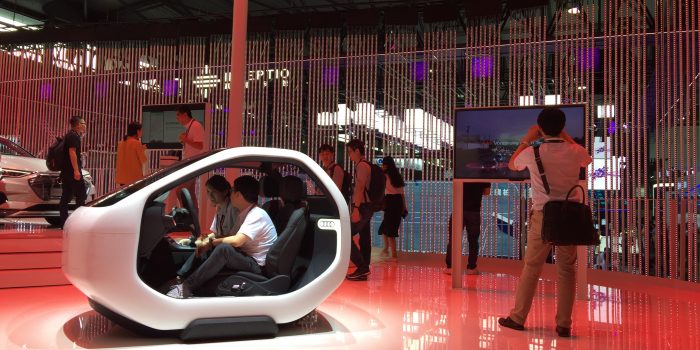 First organised in 2015, CES Asia has become an extremely vibrant and wide-ranging show, if not the flagship expo, for a vast array of electronics-driven industries in Asia. The fifth CES Asia, held from June 11-13 at the Shanghai New International Expo Centre, clearly proved that in the space of five years, this high-technology showcase has gone from strength to strength, shining a spotlight on the transformative technologies that will re-define the Asian marketplace and confirm China as a global leader.

At CES Asia 2019, more than 550 companies introduced their next-generation technology breakthroughs to the Asian marketplace, including the latest in 5G, AI, automotive tech and advancements from more than 115 startups. Keynote speeches were delivered by global leaders such as Audi and China’s Huawei, widely considered the global leader in 5G, while a host of global brands made major product announcements. The CES Asia Conference Program featured three full days of sessions with more than 150 executives from both regional and global brands that included APTIV, IBM China, Mobvoi, Deloitte, WeRide and SAP. Sessions covered a wide range of topics, from smart mobility, machine learning, and digital health, to the blockchain and sustainability.

Media exposure at this dynamic event can translate into high levels of coverage, and with CES Asia 2019, Techworks Asia has worked with local media at the show for a full five years. Techworks has the experience to drive a high-impact PR programme at this industry-leading expo, to effectively address current market dynamics and successfully attract attendance at a client’s booth.

This year, the client was an electronics solutions specialist, who chose to focus on four market segments that are all in the throes of rapid development and where challenges for innovative R&D abound:

Understandably, there was no shortage of keen interest from the local technical press, and Techworks organised a mix of one-on-one and small-group briefings for over a dozen local media. Since several senior executives were attending the show, Techworks also arranged a few corporate interviews.

All meetings with the media were held at the booth, followed by a booth tour that included live demos. Techworks Asia provided on-site support for the briefings.

At CES 2019, Techworks Asia, with offices in both Hong Kong and Beijing, once more showed itself to be the go-to agency for effective campaigns in this dynamic world-leading region.