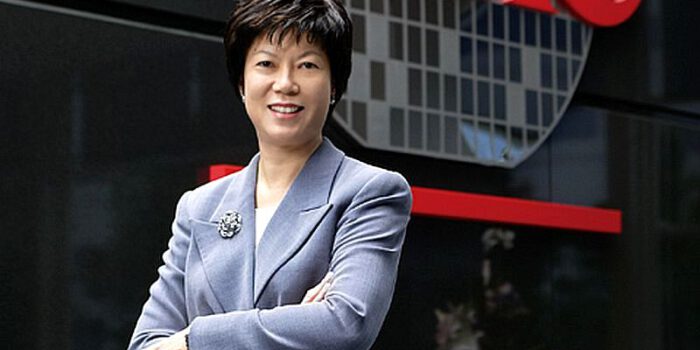 “TSMC”: these four letters represent for the global semiconductor industry the pinnacle of achievement in foundry services, the contractual manufacturing of semiconductor chips for those companies who choose to remain ‘fabless’, safe in the knowledge that TSMC, Taiwan Semiconductor Manufacturing Company, will get the job done on terms that suit their business model.

Under the leadership of the legendary Morris Chang, TSMC not only pioneered the foundry model but also the success of Taiwan’s ‘Science Park’ vision, when Hsinchu, a ‘stone’s throw’ from Taipei, became TSMC’s adopted home.

Chang retired in 2018, but a great deal of corporate continuity, and indeed the legacy of Chang’s enormous achievement, has been provided by Taiwan’s Lora Ho, who served as CFO and Spokesperson at TSMC from 2003 to 2019. Prior to TSMC, Ms. Ho was employed in various accounting and finance positions at multinational companies in Taiwan. These included Vice President and Chief Financial Officer, TI-Acer Semiconductor Manufacturing Corp.

These days, Lora Ho is the Senior Vice President of Europe and Asia Sales for TSMC, responsible for supporting the needs of customers in regions that include EMEA, Korea, India, China, Japan, and Taiwan. Garce Wang of Luxshare with Tim Cook of Apple

In 2014, The Daily Telegraph newspaper announced that, at the age of 46, she was one of the world’s youngest self-made women billionaires, confirming for readers her status as an extraordinary leader, as an Asian woman, in the field of electronics.

Wang previously worked for 10 years for Hon Hai Precision Industry, also known simply as Foxconn, which under the dynamic leadership of Terry Gou also became an Apple supplier and a leader in the development of Shenzhen, just north of Hong Kong. Famous as a hive of street-level electronics businesses, Shenzhen is now a high-tech hub and home to large campuses, such as that of communications giant Huawei and that of Foxconn itself.

Today, Wang’s Luxshare has grown into a formidable competitor for Foxconn and is firmly established as a global leader in the constantly challenging world of cable and connector suppliers.

At time of writing, the offer of a USB3.1 22-Pin Type C Plug connector immediately confirms that Luxshare is determined to deliver solutions at the cutting edge of fast-evolving connectivity standards, where power delivery in the ‘PHY’ (or physical layer or electronic interface) has as much importance as fast data throughput between devices.

Wang has now built, almost stealthily, a team of architects, engineers, and designers who are “always searching for better ways to design, manufacture, and deliver solutions on a global scale”.

Wang holds an EMBA from Tsinghua University in Beijing.