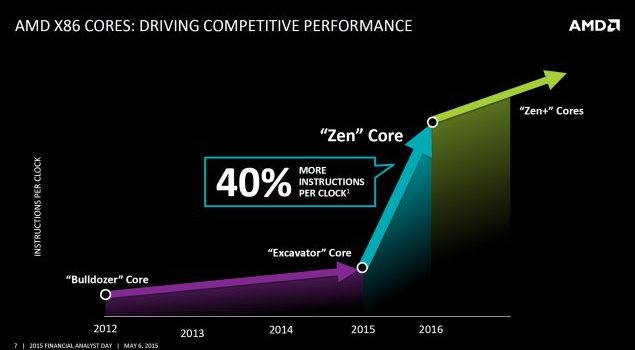 Under the terms of this agreement, AMD will license SoC (system-on-chip) and high-performance processor IP to THATIC for China’s fast-growing server market. AMD stands to gain a total of US$293 million in revenue from the deal, without incurring investment exposure. Payments are, though, “contingent upon the JV achieving certain milestones”.

With the traditional market for PC processors now in long-term decline, AMD has been attempting to broaden its product offering for servers with, notably, a low-power processor for servers based on a 64-bit ARM Cortex A57 design. AMD has also made a successful entry into semi-custom design markets, such as game consoles, notably with the Xbox One, Sony PlayStation 4 and the Nintendo Wii U.

AMD’s server offering also relies on the company’s x86 instruction-set technology, where there is a longstanding cross-licensing agreement with Intel Corp.

After some architectural mis-steps, AMD’s x86 hopes are now pinned on its new Zen processor architecture, scheduled for availability for the data center in early 2017, following sampling in the latter part of 2016. AMD is claiming a major performance improvement with Zen, with 40% more instructions per clock cycle. CEO Lisa Su has reportedly stated that the 2016 validation process has met AMD’s internal goals.

With most reports stating that the THATIC deal involves the licensing of x86 IP, and not AMD graphics or ARM-based designs, the media consensus is that THATIC will be licensing, primarily at least, the x86 Zen architecture.

The website Extremetech is one source claiming that CEO Lisa Su, when directly queried on this point, confirmed that the deal was for x86 technology.

Other commentators have voiced doubts about whether the terms of AMD’s x86 cross-licensing agreement with Intel would allow licensing to a third party. However, it’s interesting to note that a 2010 US Federal Trade Commission (FTC) Ruling on anticompetitive behaviour by Intel stated:

“In addition, the FTC settlement order will require Intel to: modify its intellectual property agreements with AMD, Nvidia, and Via so that those companies have more freedom to consider mergers or joint ventures with other companies, without the threat of being sued by Intel for patent infringement”.

A new revenue option for AMD

The agreed deal between AMD and THATIC is an interesting one, one that gives AMD a new option in monetizing its IP, including royalties on finished products offered by THATIC. Long considered the underdog in microprocessors, the David to the mighty Intel Goliath, the deal will give AMD a much-needed financial injection.

What’s also of note is that this IP licensing agreement follows so closely in the pioneering footsteps of the UK’s ARM, a hugely successful venture that licenses IP in low-power RISC processor technology. It’s difficult to underestimate the scope of ARM’s success in designs for the ultra-mobile space – so-called ‘application processors’ for tablets, smartphones and the like – where Intel has found it extremely difficult to compete.

For THATIC and China’s Academy of Sciences, the deal secures x86 processor IP, in addition to other Western architectures to which it already has access, such as MIPS, ARM and IBM’s Power.

The joker in the pack

Everything, it seems, is dependent on the success of AMD’s Zen.