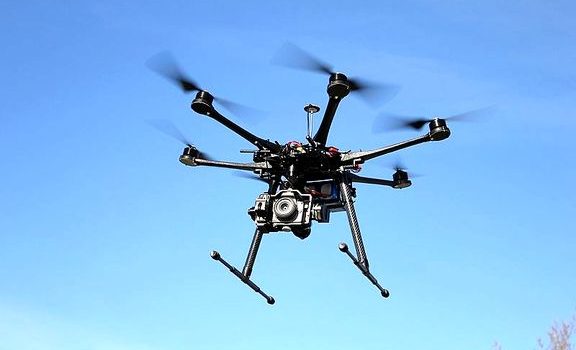 With a myriad applications in aerial surveying, plus the tantalizing prospect of driverless vehicles, China is competing in the race for LiDAR dominance

Just as in the West, new companies in China are scrambling for a foothold in the rapidly expanding marketplace for LiDAR (Light Detection and Ranging) technology, among them Hesai Photonics Technology Co., based in Shanghai. Founded in 2013, Hesai launched a 32-channel LiDAR sensor for autonomous cars in 2016. This LiDAR scanner is in a rotational design, spinning at between 5 – 20Hz, with a 360° horizontal field of view and a measurement range of 150 meters, accurate to within 2cm. Datapoints are generated at 640KHz.

Recently, this was followed by a hybrid solid-state 40-channel unit, the Pandar 40, which has a measurement range of 200 meters. (Hesai defines “hybrid solid-state” as a design where the rotational parts reside within a fixed cover.)

On the assumption that the market for autonomous vehicles is poised for fast growth, Pagoda Investment is backing the venture with a cash injection of US$16 million. This will allow Hesai to accelerate mass production of the Pandar 40, while it develops a new LiDAR unit, the Pandar GT, designed to provide greater reliability at lower cost.

Hesai has also developed both a handheld laser-based detector of methane, plus a mobile version. The company also offers a similar type of detector that can be mounted on a drone for the detection of natural-gas leaks from high-rise buildings and pipelines.

According to Hesai’s website at http://www.hesaitech.com/en/index.html, the company now has 94 employees, and 12 members of this talented team have a Ph.D.

A speed bump, so to speak, in the development of autonomous vehicles has been the high cost of LiDAR units, with both Google and China’s Baidu originally experimenting with LiDAR from the US-based Velodyne, whose premium 64-line units were originally priced at around US$70-80,000 apiece. RoboSense of Shenzhen is aiming to reduce that astronomical figure to US$500.

RoboSense, a Western-flavored name for a company founded as Suteng Innovation Technology Co., Ltd., originally developed a 16-line LiDAR unit with a measurement range of 100 meters, accurate to within 2 cm. There is a 360° horizontal field of view, with vertical scanning in a 30° (+/- 15°) field of view, delivering 320,000 datapoints per second.

RoboSense has now developed its RS-LIDAR-32 product, a hybrid solid-state unit. This line comprises two products, the RS-LIDAR-32A and the RS-LIDAR-32B, both of which have been developed according to strict OEM requirements for high performance combined with compact size, to meet the needs of safe autonomous driving at high speed. The minimum vertical angular resolution of the RS-LIDAR-32 series is a market-leading 0.33°, and the maximum measurement range is 200 meters. For the 32A model, the vertical field of view (FOV) is 30° and for the 32B, 40°.

RoboSense has an ambitious mission to combine its multi-beam LiDAR with cutting-edge solutions for robotic perception by integrating premium LiDAR hardware, 3D data processing algorithms, and deep-learning technology. Through constant technology innovation, the company aims to make robots capable of “seeing” the world with high levels of environmental detail.

RoboSense was founded by a group of PhDs from Harbin Institute of Technology, and in addition to its R&D center in Shenzhen, the company has offices in Beijing and Silicon Valley. The company has a website at http://www.robosense.ai/.

Applications for LiDAR are by no means limited to autonomous vehicles and vehicle safety systems. The technology has virtually unlimited application in Geographic Information Systems (GIS), such as aerial mapping and surveying. Now, researchers at the University of Science and Technology of China (USTC) have shown that LiDAR can be used in the accurate assessment of weather conditions, having designed and demonstrated a Doppler wind LiDAR that measures wind speed.

Their design uses a superconducting nanowire single-photon detector (SNSPD) at 1.5 µm, in combination with off-the-shelf fiber-optic components. The simple but rugged design utilizes a single laser source, one detector and a single-channel Fabry-Perot interferometer that converts the Doppler shift into photon counts based on the backscatter signals. Two telescopes detect the line-of-sight wind components, which are then used to synthesize the horizontal wind profile.

The researchers subjected the system to a 10-day test session, which clearly demonstrated that the Doppler wind LiDAR is able to measure horizontal wind speed with high accuracy. Furthermore, the system remained stable throughout the test period. Overall, the LiDAR measurements were within 0.1 meter/second for wind speed, and 1° for direction. Horizontal wind profiles up to an altitude of around 2.7 kilometers were calculated.