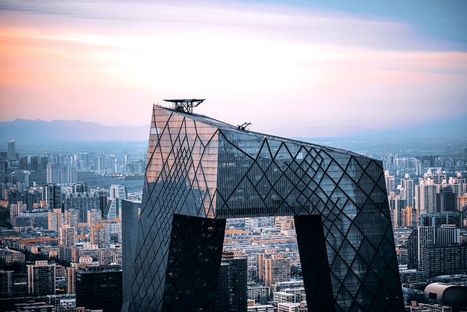 Springtime in Beijing brings with it China’s annual political “Two Sessions”, when the National People’s Congress (NPC), China’s legislative body, meets, as does the advisory body, the Chinese People’s Political Consultative Conference (CPPCC). There can be little doubt that this year’s Two Sessions were of especial interest, both within China and without. Impatient for the headline points? Well, how does 6+% GDP plus enhanced foreign investment opportunities sound. Positive enough outlook for you?

Globally, there’s some apprehension that China’s years of express growth have now given way to more moderate growth, of a ‘mere’ 6.5%. However, what many Western watchers may not know is that this rate of GDP growth is the stated goal of the 13th Five-Year Plan (13FYP), a plan put in place for the 2016-2020 period.

We noted in our previous blog post that SMIC, mainland China’s leading semiconductor foundry, is poised to manufacture chips at a globally competitive 14-nanometer process node, in 1H19. This hugely important milestone has been reached with the aid of foreign investment and know-how, from IMEC and Qualcomm. This is how it is and will be, for years to come, as China strives to move its manufacturing and technology base to the high end.

Overall, China’s blueprint for industry and manufacturing might be summarised as strategic innovation. Within the conceptual framework of Industry 4.0 and advanced internetworked communications, China will embrace “big data”, data analytics and artificial intelligence (AI), the new technologies of ultra-automation, to drive innovation at every level. In the automotive sector, for example, the strategy is to leapfrog the entrenched global competition of the internal combustion engine (ICE) and move straight to electric vehicles, including autonomous vehicles, while simultaneously avoiding the environmental blight of ICE vehicles.

Similarly, the embrace of innovation can be seen in China’s rapid dominance of the new Unmanned Aerial Vehicle (UAV) (“drone”) segment, with DJI of Shenzhen now a household name, internationally. China’s entrepreneurs realised instantly that UAVs would have myriad applications, with consulting group PricewaterhouseCoopers (PwC) projecting a global market worth of some US$127 billion in 2020.**

With China’s automotive market now the world’s largest, in terms of both production and consumption, other manufacturing sectors fast-tracked for growth include:

The 13FYP seeks to bring debt under control while not triggering a recession – the trick famously known to economists as the ‘soft landing’. The consensus is that in 2018 China hit this target at 6.6%, despite the tough trading situation with the US.

The hand-wringing on the part of some Western commentators does, in any case, look a little misplaced, considering that the US is currently only managing a mere 2-3% growth.

On the opening day of the NPC, Premier Li Kequiang indicated there would be measures to stimulate China’s economy, including, notably, a 3% cut in corporate VAT for the manufacturing sector, dropping the rate to 13%. This particular move is not trivial; it essentially boosts the sector by some 600 billion yuan (US$90 billion). The construction and transportation sectors are also in line for a tax cut of 1%, reducing the rate to 9%.

In 2019, China’s hope is that these stimulus measures will do more than simply fund a continued infrastructure build-out, but also support improved healthcare, education, and other social services, in line with the long-term goals of building an “inclusive” society, without extremes of poverty and wealth – the stated goals of the 13FYP.

China is, after all, the world’s second largest economy, and inevitably it is taking its place on the world stage – for example, China is now Germany’s largest trading partner, with trade between the two nations totalling a staggering US$179 billion in 2017.

While some in the West may huff and puff and complain that this, that and the other are “unfair”, as China plays its own hand in the time-honoured game of economic competition, tremendous opportunities will always be there for foreign investors who understand how they can best align with China’s long-term goals.

This piece advances Trump’s trade war as the reason for lower growth in 2019: “If Trump wants to be a two-term president, he needs to make a China trade deal and start lowering tariffs across the board,” Hank Smith, co-chief investment officer at Haverford Trust Company, said to CNBC. “This will cause business confidence to rise and capital spending to increase, stimulating the economy.”