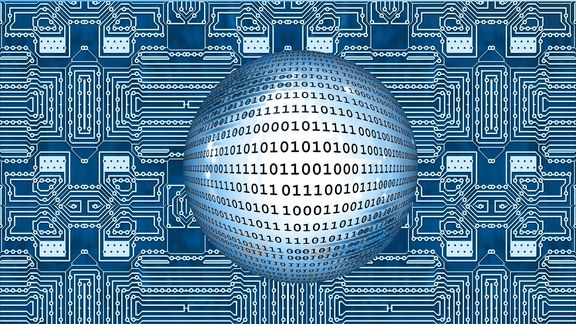 A surge of investment and growth in China’s semiconductor chip industry has been evident, according to recent global reports.

At the beginning of September 2018, the global industry association SEMI® released its “China IC Ecosystem Report”1, which outlines a surge of investment and growth in China’s semiconductor chip industry.

The background to this strategically-driven growth, backed by official policy guidelines and a build-up in funding, is China’s large import overhang in semiconductor chips – China’s largest import category by revenue. According to the China Semiconductor Industry Association2, chip imports reached a total value of US$260 billion in 2017, compared to exports of US$67 billion. In other words, exports represented only 25.77% of chip imports, by value.

This severe imbalance was addressed by a National Guideline in 2014, resulting in the formation of the National IC Fund, popularly known as “The Big Fund”, which according to SEMI has accumulated US$21.5 billion, driving growth throughout China’s IC supply chain. The Big Fund is now poised for Phase 2, where the goal is to raise a further US$23.0 – US$30.0 billion.

Investment in new fabs will also be funded by both local and multinational companies, who will undertake projects in memory and foundry. Going forward, SEMI projects that China’s fab capacity will reach 16% of global capacity in 2018, and then 20% by 2020, with over US$20 billion having been invested in the rapid build-out. This will make China the leading investor, worldwide, in front-end fab capacity.

If these goals are to be met, China will need vastly more domestic production capacity. Numerous new fabs will be required, together with the expansion of both the associated supply chain and skilled human resources. Currently, says SEMI, 25 fab construction projects are either ongoing or at the planning stage. Of these, 17 are to be 300mm (aka 12-inch) wafer fabs, with the leading target markets being foundry, DRAM and 3D NAND flash memory. Investment is likely to reach eye-popping figures, but presumably creative synergies between the National IC Fund and local and multinational entrepreneurship are expected to pay the bills.

SEMI also observes that 200mm-wafer fabs are set for expansion, globally, with Asia a strong regional driver.3 Specifically, the 194 200mm fabs available in 2017 will swell to 203 by 2022, while 56 existing 200mm fabs will want to expand capacity. Says SEMI, this growth is based substantially in Asia, with the Chinese mainland accounting for 44% of growth, Taiwan 10%, and Southeast Asia 19%.

Demand for 200mm-wafer fab capacity is being driven by surging demand for high-growth sectors such as automotive, mobile and communications. A limiting factor, however, could be shortages of 200mm capital equipment, both new and used, and this underlines the need for China to greatly expand its semiconductor industry supply chain.

Semiconductor Manufacturing International Corp. (SMIC), China’s largest foundry, is duly moving ahead with a major expansion of its 200mm fab in the Xiqing Economic Technological Development Area, in Tianjin.4 This fab already has a capacity of 45,000 wafer starts per month (wspm), but the goal is to increase that to 150,000 wspm, which will make the Tianjin plant the world’s largest 200mm-wafer fab. Reportedly, SMIC intends to use it to make fingerprint sensors, power management ICs, mixed-signal chips, automotive electronics and IoT-related solutions.

SMIC enters joint venture for 14nm and below

SMIC has also entered into a joint venture to address process nodes at 14nm and below.5 The JV, known as SMSC, provides a mechanism whereby SMIC will receive US$946.5 million from the China IC fund and US$800 million from the Shanghai IC fund. The goal is financing to the tune of US$10 billion, and if the project remains on track and reaches the 14nm milestone, China can reasonably claim a significant level of international competitiveness in semiconductor chips.

Even so, the challenges are likely to be relentless. TSMC, far and away outpacing the mighty Intel Corp., has already delivered at both the 10nm and 7nm nodes, with 7nm volume production slated for over 50 chip-design tape-outs in 2018 alone.6 At its 24th annual Technology Symposium in Santa Clara, TSMC also announced a 7nm+ node using state-of-the-art extreme ultraviolet (“EUV”) lithography, with production ramp-up scheduled for first-half 2019.6 TSMC also stated it was on track to start ‘risk-production’ at a 5nm node, within the same timeframe6, for mobile and high-performance computing chips.6

The duration and impact of the current trade war with the US remains the joker in the pack, but the good news is that the global semiconductor industry is in excellent health. According to John Neuffer, CEO of the Semiconductor Industry Association (SIA), “Three-quarters of the way through 2018, the global semiconductor industry is on pace to post its highest-ever annual sales, comfortably topping last year’s record total of US$412 billion.”7 If China can deliver competitive chips – read 14nm and below – at competitive yields, there will be a ready global market waiting for them.